Royal Arch Freemasonry is an important part of the overall Fraternity of Masonry. It is a sovereign body, but at the same time, an integral part of the fabric of what the general public see as Freemasonry. Its history is synonymous with the rise of Freemasonry in England during the 16th and 17th centuries,which rose from the practices of the operative masons when building the great monuments throughout England and Europe.

The ” traditional Masonic history” which takes as it’s allegorical basis, the Biblical accounts of the building of King Solomon’s Temple in Jerusalem, is extended in the Royal Arch by using the Biblical history of the destruction of the temple and the enslavement of the Hebrews. Their release and the rebuilding of the Second Temple over the subsequent centuries, is the Royal Arch basis for colourful ” parables” to convey it’s principals and the tenets to those masons who joined its ranks 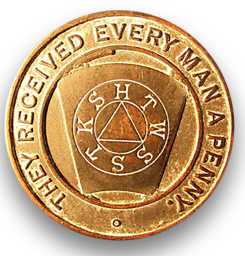 History of the Royal Arch in Queensland.

The first Craft Lodge the North Australia Lodge formed in Queensland was constituted in Brisbane on 13th July 1859 under the English Constitution when Queensland was part of the colony of New South Wales.  Queensland was not formed until five months later on the 12th of December of that year.  The first Royal Arch Chapter, the Prince of Wales was formed on the 21st February 1865, again under English constitution. The second Chapter to be constituted was Brisbane Queensland but this time under the Scottish Grand Chapter. An other early Chapter in Brisbane,  was the St. Patrick Chapter in 1867,  but this time it was under the Irish Constitution.

From this time on,  Royal Arch Freemasonry flourished as did Freemasonry with the expansion of Queensland.   There were several moves in the Fraternity to form a Queensland Grand Lodge as the other States had already done by amalgamating all the Lodges in their States, holding Charters from the three Grand Bodies of England, Scotland and Ireland.   It was not until 1921, some 20 years after the last of the other States,   Western Australia , had done so.

Moves were already afoot in the Royal Arch to follow suit but opposition from some eminent Companions in both the Scottish and English Grand Bodies in Queensland delayed the Constitution of the Supreme Grand Royal Arch Chapter of Queensland until 29th January 1930.

At the time of the amalgamation there were 57 Chapters in existence spread across the whole of Queensland from the Border out to Charleville and up North to Townsville and Cairns.    Currently there are some 54 Chapters throughout Queensland  and Papua New Guinea. 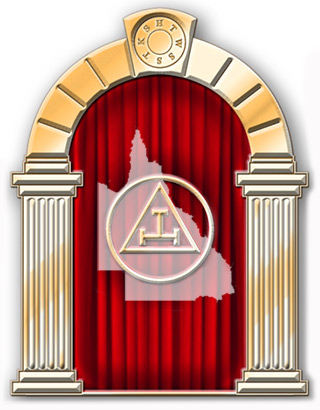 The Supreme Grand Royal Arch Chapter of Queensland office is located at:

Please address all correspondence to the Grand Scribe Ezra.